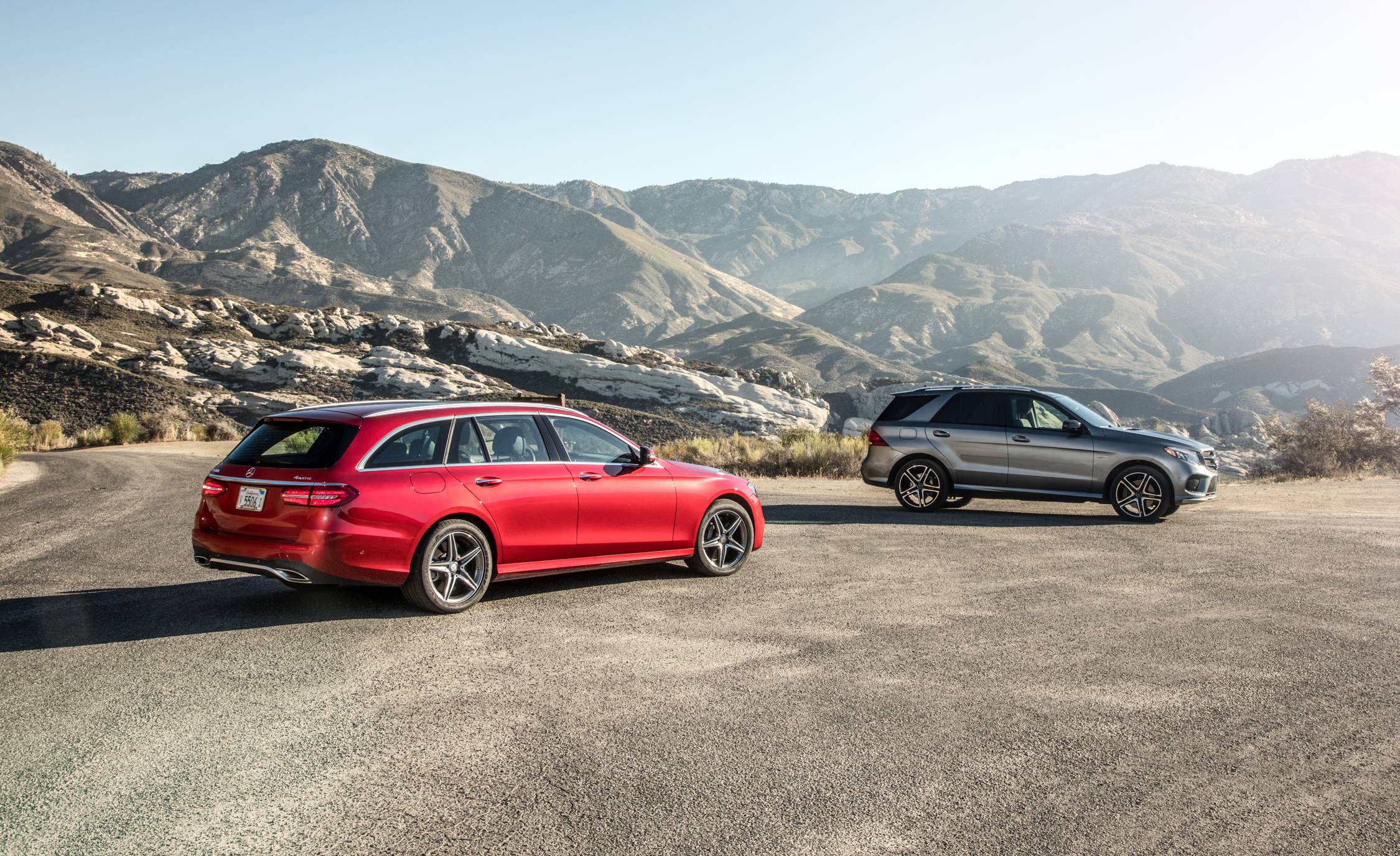 "The good news," we explained to Mercedes' tireless public relations man, "is that we can guarantee you a comparo win."

So there it is, angry letter writers: We do rig these things.

Or at least we did in this apples-to-pears contest, launched with a preconceived notion. It would be a stretch to call it a theory, as that might suggest the application of scientific method. At the onset, though, we hypothesized that pitting an E-class wagon against a similarly sized utility vehicle, the GLE-class, would result in a victory for the former. And it did. But this comparo is not so much about determining a winner as it is about explaining why the wagon won.

Why, indeed? In the hope that we might convince you, the car-buying public (and maybe even the carmaking companies), that station wagons should rightfully account for a greater share of sales against crossovers. Does this qualify as service journalism? Let us answer that. Yes.

We chose to compare Mercedes-Benzes because the all-new 2017 E-class wagon represents the pinnacle of the species, the Benz Mercedes tells us is most favored by those outsize earners in the top tax bracket of 39.6 percent. See? Being rich means you're smart.

Still, most people shopping for a Benz hauler opt instead for a GLE, which outsells the wagon by a 23-to-1 ratio. The erstwhile M-class, the first Mercedes-Benz SUV offered in the U.S., has since followed the trend in shifting its presentation from off-roader to crossover. While the current iteration has been on the market since the 2012 model year, the name changed from M-class to GLE for 2016 and our AMG GLE43 variant is new for 2017.

Its marquee feature is the twin-turbo 3.0-liter V-6 that's been muscling its way between the front fenders of most any Benz that'll have it. This frat boy makes 362 horsepower and 384 pound-feet of torque in the GLE43. It's also under the hood of the E400 wagon-albeit with a less aggressive tune and no AMG enhancements-where it pledges 33 less horsepower and 30 pound-feet less torque. In both vehicles, torque is routed to all four wheels through a nine-speed transmission.

Base prices are within 8 percent of each other, or less than the cost of their "designo" cosmetic upgrades that help drive the window stickers above $85K. But pricing is beside the point, as the broader idea here is that Mercedes ostensibly used the same rubric in designing and engineering both machines, thus eliminating variables outside of body style. This should help us demonstrate, without any shred of bias, that wagons rule and crossovers drool.